Now that the Inauguration of Donald J. Trump and the Women’s March are over, perhaps it is a good time to wax a little poetic about how I think politics and protesting may tie into veganism and the AR Movement. I am taking a big leap here because I have been apolitical for most of my life; oddly enough, I am becoming more aware, more interested and invested in the last little while. Perhaps my  awareness about specific injustices vis-à-vis the exploitation of all non human animals trapped in industries which profit from their bodies, is fueling my newfound motivation to become more educated in general. 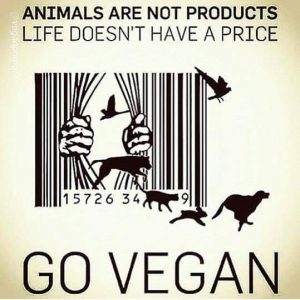 So, several things pop out at me as I sit here musing. Observations from others over the years now make more sense and hit my radar on an almost daily basis. I am searching specifically to become more effective in my AR advocacy and generally to be the most connected and empathic person I can be to all humans and, from a broader perspective, all other animals and the planet. Keep in mind that I am a newbie at this and could be “wrong” in my assertions. But these are views of mine, which cannot necessarily be proven to be factual but may, on some level, be relevant and may ring of the truth in certain areas.

Things I have been told:

1) The mainstream media and governments are corrupt in their dissemination of  the message they want us to hear – a message which supports big brother and business, as well as the status and profit of those few who wield the power at the very top. This is quite evident in the industry spin of the current American government and mainstream  media who are controlling the initial narrative surrounding the tragedy of the  mosque attack in Quebec City QC, Canada on January 29th, 2017. Glenn Greenwald of The Interpreter and Murtaza Hussain, assert:

But this is exactly why no responsible news organization, let alone the White House, should rush to depict the shooter as Muslim and of Moroccan descent when so little is known about what happened. Yet not only did Fox and the Trump White House do exactly that, but worse, neither has retracted or corrected their claims long after it became clear that they were false.

2) We are distracted from noticing this indoctrination when we are bombarded with the notion, through advertising for instance, that accumulating more is the goal of our life here on this earth. – more money, new cars, bigger homes, lavish vacations and so forth.

3) Unrest is created when marginalized groups with the smallest share of the pie are disgruntled and may show said dissatisfaction through acts of violence and protest. This unrest is a further distraction from “the man behind the curtain” (Wizard of Oz reference) and does not necessarily address the long term needs of these groups.

4) The deception builds and we end up with a realization that a portion of that  which has been gained in women’s rights, LGBT Rights, Black Lives Matter and the rights of minority groups for instance, may be a smokescreen. Otherwise how can these hard fought battles and rights  be challenged so easily by newly elected democratic governments and policy makers closely tied to said governments and leaders.

5) Real change will  happen only with a People’s Revolution – a revolution in which the people shut down the economy, which is fueled and manipulated by corrupt governments and lobbyists – a strike of sorts.

The Deception May Cause Maladaptive Beliefs:

1) Leaders who are civil and classy do only good, fostering a widespread wish that there were more of them for whom to vote. It is important to remember here that as individuals, we and our leaders, have  personal agendas. In reference to Donald Trump’s recent and highly controversial 90 day Muslin ban, the ground work of which was laid by Obama, Jimmy Dore, a comedian and political satirist states:

We need to wake up and scrutinize. There is more to the story.

2)  Leaders who are crass, vulgar and demeaning in their words and aspect are always the same in their actions and deeds. (This is by no means an endorsement of this kind of individual – far from it).

3) Because human self interest is real and of paramount importance to our survival, we may feel that we must protect our place and that of our loved ones; therefore we can be afraid of making huge and potentially dangerous waves. We may protest in a way that is non threatening to our personal safety and well being.

4) Personal safety may be regarded as less important than an issue of social justice. Individuals, groups and leaders may feel driven to stand up and be counted, to flaunt the system, to dare to initiate change for what they believe/know is a better good. Rosa Parks, Martin Luther King, the Suffragettes all come to mind.  They all did so at great personal risk and some of them paid with their lives.

5) Indoctrinated individuals may harm others; marginalized and vulnerable groups and individuals are at particular risk of said harm. The recent shooting on January 29, 2017 at a  mosque in Quebec City, Canada, cited above, is a recent and telling example. Contrary to initial  reports, the shooter, Alexandre Bissonnette  is not an Islamic Extremist, but rather a  “far right and an ultra nationalist white supremacist”.

Comments Made By Some Vegans And AR Activists Regarding The Women’s March, Held On January 21st, 2017 In Cities And Countries Around The World:

1) Why protest about human rights and not the rights of other species who are suffering incalculable harm as we speak?

2) Why were  more vegans and AR activists not protesting in the march, speaking up for the rights of all females of all species, for cows and chickens whose reproductive rights are violated daily?

3) How dare Madonna and Scarlett Johannson speak about women’s rights while wearing fur?

1) The  Women’s March might be seen by some vegans and AR Activists  as a Single Issue Campaign in that it focuses directly on specific issues related to the long term ‘fight’ for the rights of human females; it does not address the inherent rights of all females of all animal species to autonomy over their own bodies.  And yes, if we cannot include all female animals, we have little hope, I believe, of ending both the speciesist view that leads to:

the exclusion of all nonhuman animals from the rights, freedoms, and protections afforded to humans

and the resulting widespread commodification and enslavement of all species from whom humans profit. But, if you can’t beat them, then join them.

What a marvelous forum for joining in and raising our signs and our voices in order to raise awareness with a view to making a positive change. And there were vegans and AR activists at the March. Some of my best Facebook Friends and groups such as Vegans for Peace were there, reporting  about their intention and  about their experience. Was this widely reported by mainstream media?- perhaps not, but these brave people gave the movement a chance to be heard and to be reported. Let us all take advantage of these opportunities to show that the rights of human animals and non human animals are inextricably linked to our survival, both emotional and physical, on this earth. Who knows who will make the connection next time we are out and about with our message?

2) Madonna and Scarlett were giving the message of freedom while wearing fur because they do not yet see that universal connection, even though they may understand deeply the rights of female humans. Condemning them and calling them “fur hags” and other derogatory names will not, in my view, contribute to education and awareness and ultimately change. Indulging in invective and diatribe  provides governments, mainstream media and powerful corporations with a much needed distraction from what is actually happening to our supposed rights and privileges.

3) Let us not be fooled by the duplicitous tactics of governments and agencies which do not have anyone’s best interest at heart. Let us all do our due diligence and seek out independent news, journalists and truth seekers who seemingly are not in the pockets of those few at the top who rule so many. Watch bold documentaries like 13th, which tell us what the history books won’t; the enslavement  of black people and minorities in the US continues to this day, long after its abolition.

4) For those who are not vegan, please take a moment to consider that the mainstream myths disseminated to the public about all non human animal industry, the health of the planet and  humans are carefully crafted to dupe us into supporting a system which leaves nothing but misery and destruction in its wake.

5) For those who are vegan, let us consider our advocacy well and continue to educate ourselves and to act with dignity, purpose and resolve when doing outreach in whatever form it takes.

We are so busy working for the accumulation of things, status in our careers/jobs while dutifully reading the news stories of the day, carefully constructed and crafted to give us the illusion that we have a real and truthful worldview. Let us all stop, look up and out at the wisdom of the sky and the trees and reflect for a moment or two.

And in the silence between the moments, let us look for the truth and experience the palpable energy of a pulsating, breathing, living earth on which we all live. Let us recognize our interconnection to humans who are struggling as we speak for their inherent right to life, respect  and liberty.

And let us also extend respect and freedom to all other animals, lest we kill them and our planet with our ignorance, thereby threatening the human life we are so busy trying to protect.

Be vegan, for the animals, for the planet and, by extension for humans.

Protest, Veganism (AR) and Corruption in Politics and Mainstream Media

10 thoughts on “Protest, Veganism (AR) and Corruption in Politics and Mainstream Media”