I first heard about this film, Cowspiracy, on a blog that that I follow regularly. Rae, the creator of The Paw Report, has this to say about her blog:

… this blog is where you will find my longer musings on animal welfare and animal law topics.

Rae is informative, insightful and honest about the ongoing exploitation of nonhumans by humans, for our wants, not needs. She covers stories in the news about  mistreated carriage horses, turtles with I Pads glued to their backs,  dead sea creatures whose bodies have been desecrated with graffiti, to name just a few. Her telling of these stories  contains a plea to look at nonhumans through a different lens, to see them as individuals and species with feelings, emotions, dignity, and a right to agency over their own lives. I have a great deal of respect for her passion and her work.

So, I was pleased to read her post about this new independent film that is making news and getting rave reviews wherever it plays. Rae was able to interview the two producers, Kip Anderson (Animals United Movement) and Keegan Kuhn (First Spark Media) who are, in the words of Howard Lyman,

…putting their necks on the chopping block in order to get this film made.

The film highlights  industrial nonhuman farmed animal agriculture as the:

one single industry destroying the planet more than any other. But no one wants to talk about it… 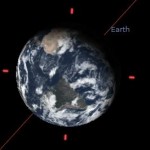 According to these two avant-garde filmmakers, environmental organizations do not want to address the impending earth disaster because their bottom line and survival depends on its membership. Risking that membership to bring much needed attention this issue is not in their best interest. I have not yet seen the film, so I cannot list for you the organizations about whom these two are speaking.

What I will say is that the movie is making waves in the media, in nonhuman animal advocate and vegan circles and is selling out wherever it plays.

My husband and I will be going to see a screening in Montreal at Cinema du Parc   this coming Wednesday nite at 7PM. I purchased my tickets online at the box office because, as I said, these screenings are selling out. It will also be playing at Concordia University on Sept 15th at 7PM. I believe that a donation is suggested. If you don’t live in Montreal, please check out the Cowspiracy website to find or organize a screening in your neck of the woods.

Anyone checking out my website and reading this blog knows that I am vegan and that I believe that veganism is not about us or for us, even though we do benefit from it. Veganism is about the nonhumans suffering at our hands day in and day out. The negative impact of our widespread disregard for the rights and needs of other species is being seen in the devastation of the planet and its inhabitants, chronic disease and unnecessary human death, starvation, poverty, and, as Dr Will Tuttle states, cruelty towards one another and war.

While this movie is not directly about veganism and its ability to heal the world, I support its intent, which is to shine a light on an inherently cruel industry which is on the fast-track to  destroying, for profit, the planet on which we live.

We have  a responsibility to respect this earth so that it can  be the future home for generations to come. It is my fervent wish that my family lives on in a meaningful way, enjoying good health and happiness long after I am gone.

We need to look beyond what we are being told about so called “humane” farming practices and sustainable crops. This crucial information is out there and there are many dedicated people attempting to disseminate  to us all.

Watching this movie and encouraging others to do the same is a great start. Please join me, in Montreal, or wherever you live.

6 thoughts on “Cowspiracy-the film everyone needs to see”