Well, this has to be one of the more frustrating times for me in my short time as a blogger. I am at my daughter’s having a visit with my little grand-chiblets. 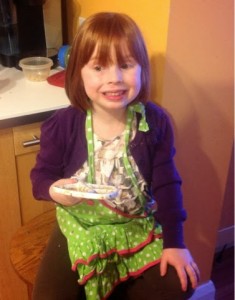 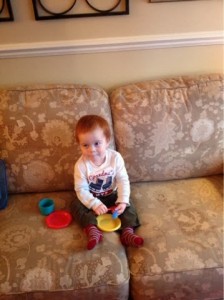 In preparation for this visit, I prepared three posts that I planned to publish every two or three days while I am here.

I discovered (thanks to help from my daughter) that, while I can now edit my posts on my IPad, it seems that I cannot add links and pictures from the internet  and I needed to be able to do this. So,my daughter set me up on her husband’s laptop, showed me a couple of things and I sat down to complete my post.

Now, I have trouble using laptops well and after a few false starts, it seemed that things would be okay. Then, the proverbial……hit the fan.

I made a couple of mistakes, managed to correct them while one of my daughter’s cats, the annoying one, of course, started moving closer and closer to the keyboard. I tried with one hand to move her out of the way and with the other hand, I deleted my post-permanently, it seems.
It is kind of funny, when I am retelling it, but truthfully, I almost cried.  I did not re-read it before working on it-turns out that is a big mistake, because I don’t seem to remember enough of exactly what I wrote to be able to reconstruct it, at least not tonite.
So what to do,
What to say,
Before I hit the proverbial hay?
There has been a lot in the news lately about non-human animal rights violations in the area of entertainment for human animals.
There are the orcas captured for display at the Olympics, the stray dogs being killed at the Olympics, the  young giraffe killed publicly at a Copenhagen zoo because he did not fit the breeding profile, the mother lion and her four cubs killed  at a safari like park because of some supposed genetic defect and, of course, the ongoing capture and slaughter of dolphins at Taiji.
People are incensed, many are signing petitions to urge those who make these questionable decisions, those with the spears, needles, knives, and guns to stop, to reconsider, to look at saving all these creatures.
And that is laudable. Any non-human animal we save is a non-human animal saved. But let’s not forget the bigger issue here.

Orcas should not be captured for any kind of display. Even though there was a recent announcement made that the Orcas would not be displayed at the Olympics, they still are being held captive.

There are too many stray dogs at the Olympics because of the displacement of their human companions when the Olympics were being built. This is a human animal rights issue with dogs being caught in the middle.

I can’t imagine that in the wild there is any breeding profile into which a giraffe does or does not fit. This young giraffe, named Marius (yes, he had a name) was killed because he lived in a zoo.
The lioness and her cubs were killed because they lived in captivity in a safari type park.
The dolphins like “Angel” are captured and sold  at Taiji for Dolphinariums. The rest are slaughtered.

Yes, the killing has to stop, but it will do so only when we stop using non-human animals for our entertainment.

GRAMMIE ANNIE’S VEGAN VIEW
Let’s remember and take to heart the old adage, “When we know better, we do better.” Our voices can be heard, individually and collectively. Let’s be part of the change. Let’s be part of the healing for non-human animals because we know in our hearts that it is what we all want. Therein lies our own healing.
Until next time,
May all beings be happy and free.
Anne
NON-HUMAN ANIMAL NEWS IN THE NEWS

2 thoughts on “NON-HUMAN ANIMAL NEWS IN THE NEWS”