So, as promised, here is my experience with trying to make Emily

Dickinson’s Cocoanut Cake recipe, vegan (cruelty free) style.The first thing I did was do some research on this recipe and I found a great site that takes us through making this cake from scratch the old-fashioned way.
Now, in the interest of full disclosure, this is how my cake turned out. 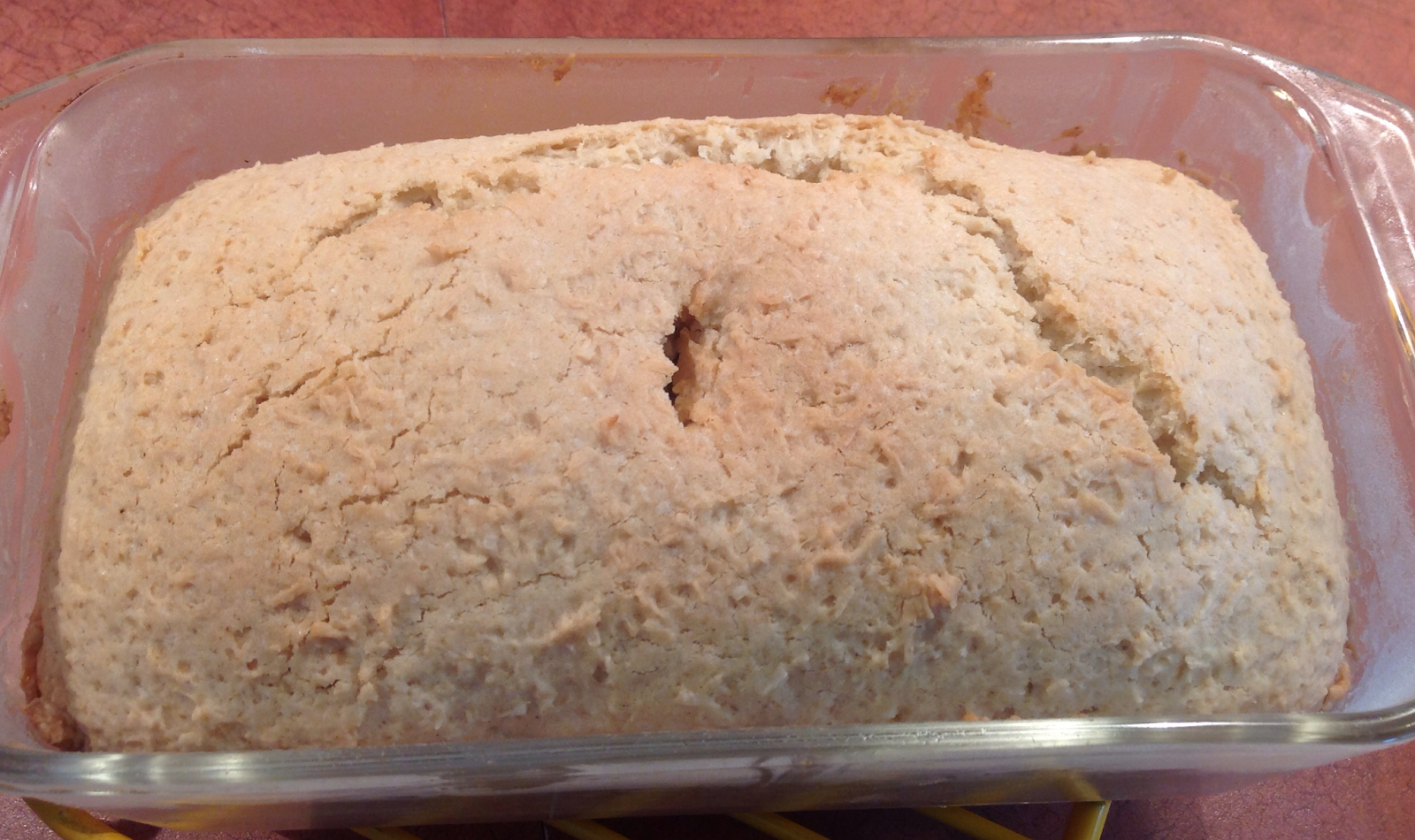 Kinda pale, by comparison, huh!!! I was surprised when I checked on my cake after 45 minutes of baking. I was using the convection setting on my oven and came to the conclusion that this was not correct. Convection is good for lots of baking, but not all things. This recipe is one of them.
So, I switched over to the conventional setting and the cake did start to brown, but not enough. It was done after another 15 minutes and I had to take it out.
But it tastes fine. If you decide to make it, don’t use convection. Easy Peasy!
Emily Dickinson’s Cocoanut Cake
1 cup cocoanut
2 cups flour
1 cup sugar
1/2 cup butter
1/2 cup milk
2 eggs
1/2 teaspoonful soda
1 teaspoonful cream of tartar
This makes one half the rule–
This is the recipe as written out on The History Kitchen. 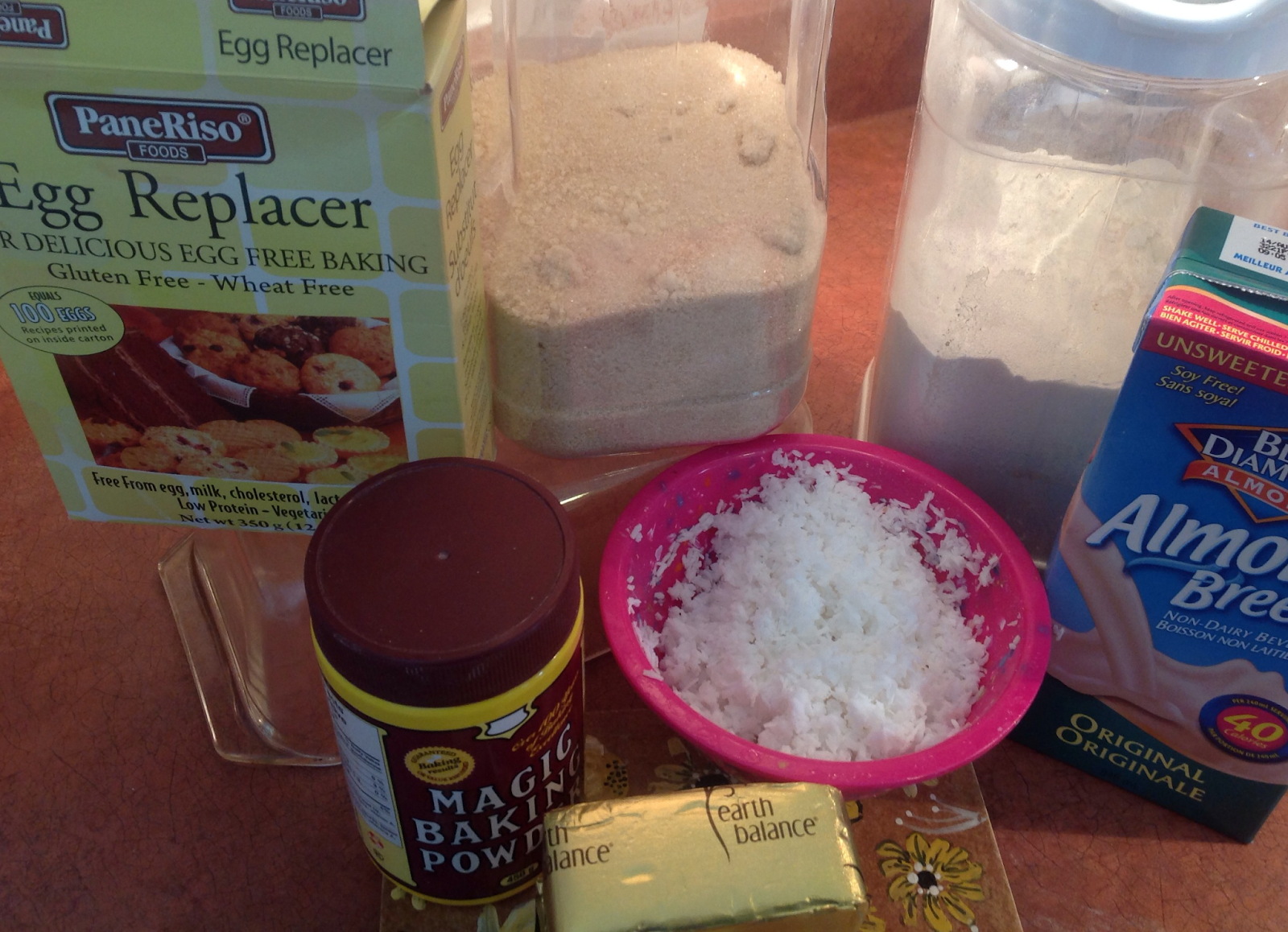 Put unsweetened dried coconut in a small bowl and cover with warm water. Let sit for fifteen minutes or so until rehydrated. Drain using a mesh sieve and reserve. 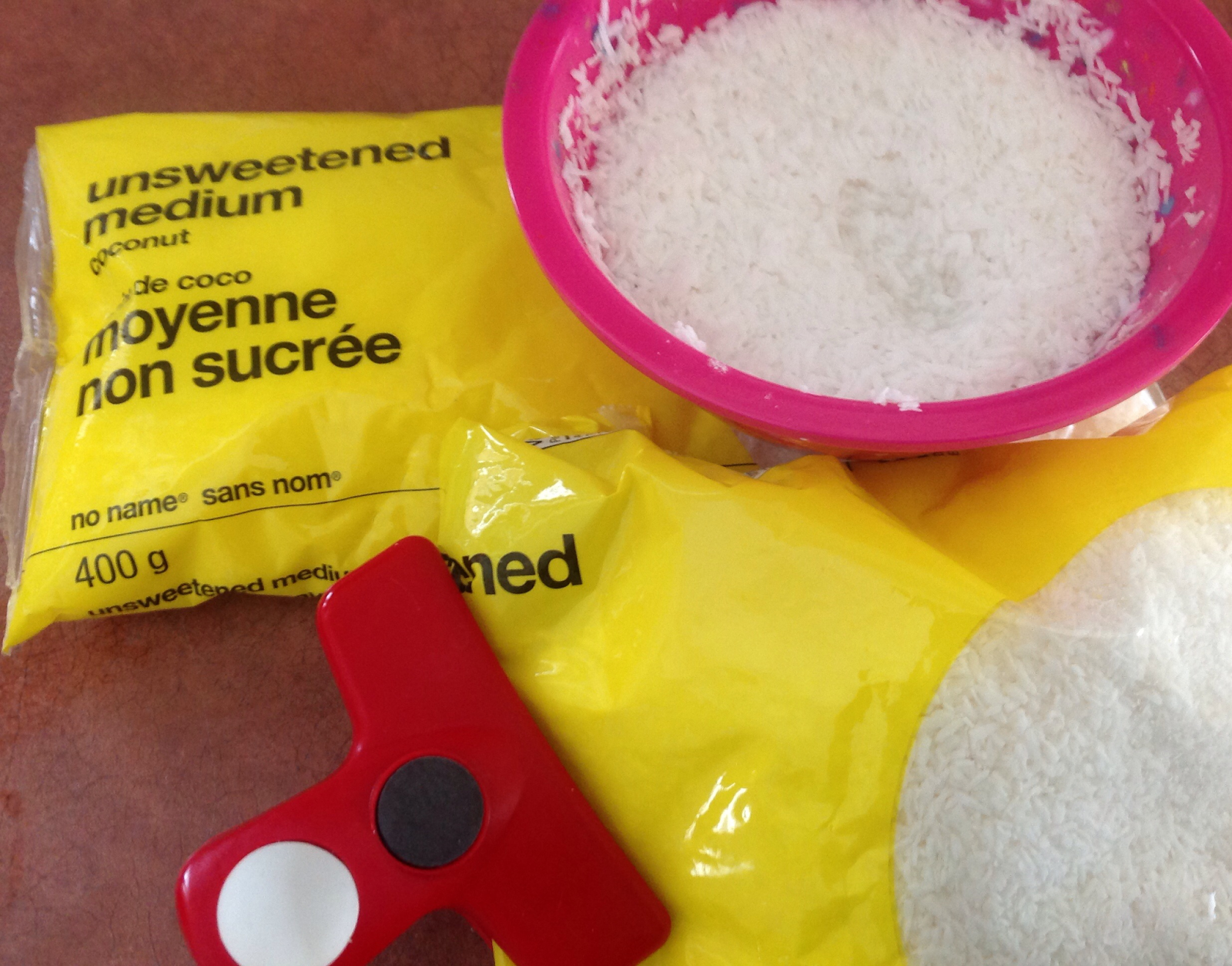 Cream butter  on medium to high speed for about 3  minutes. 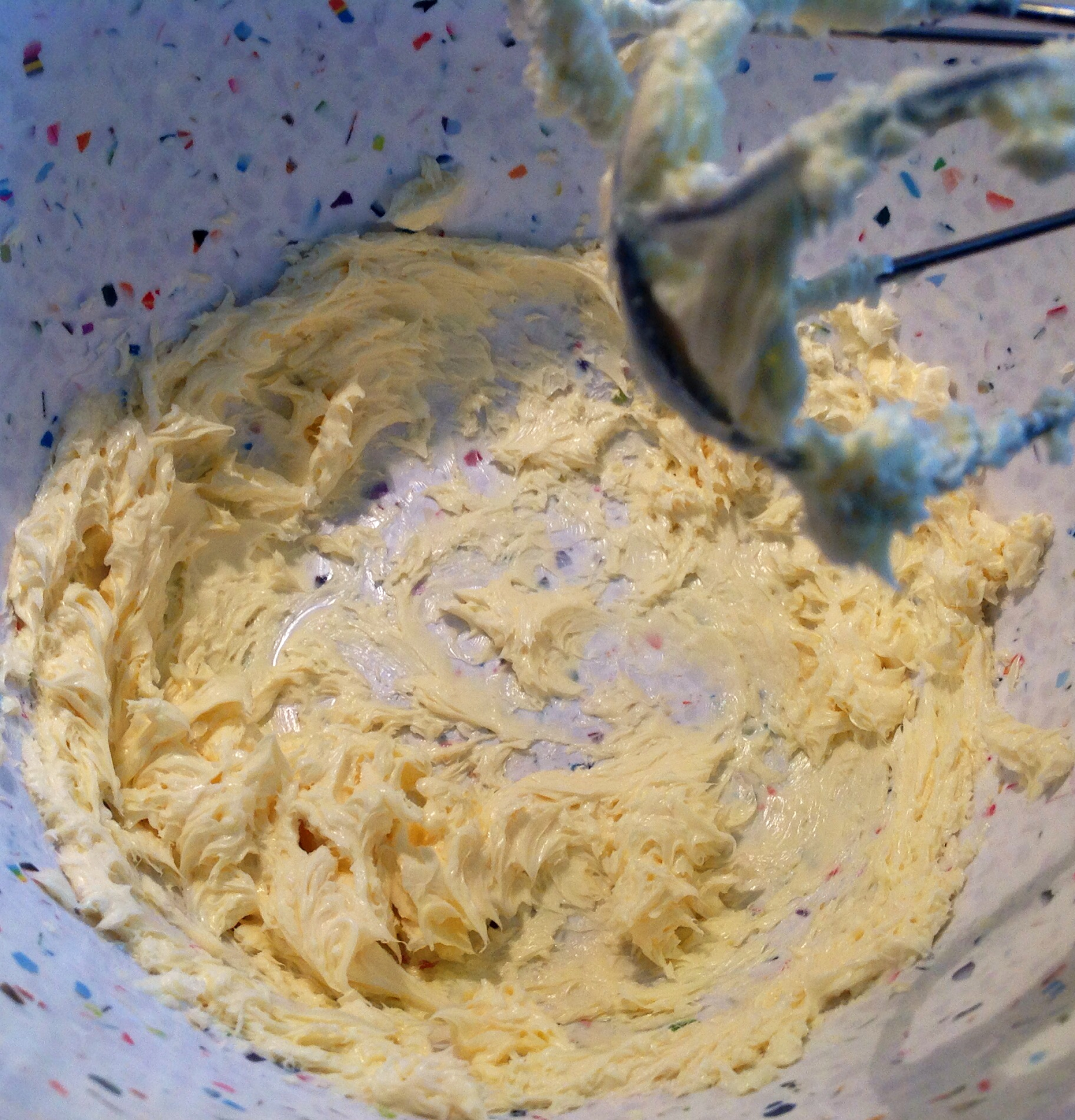 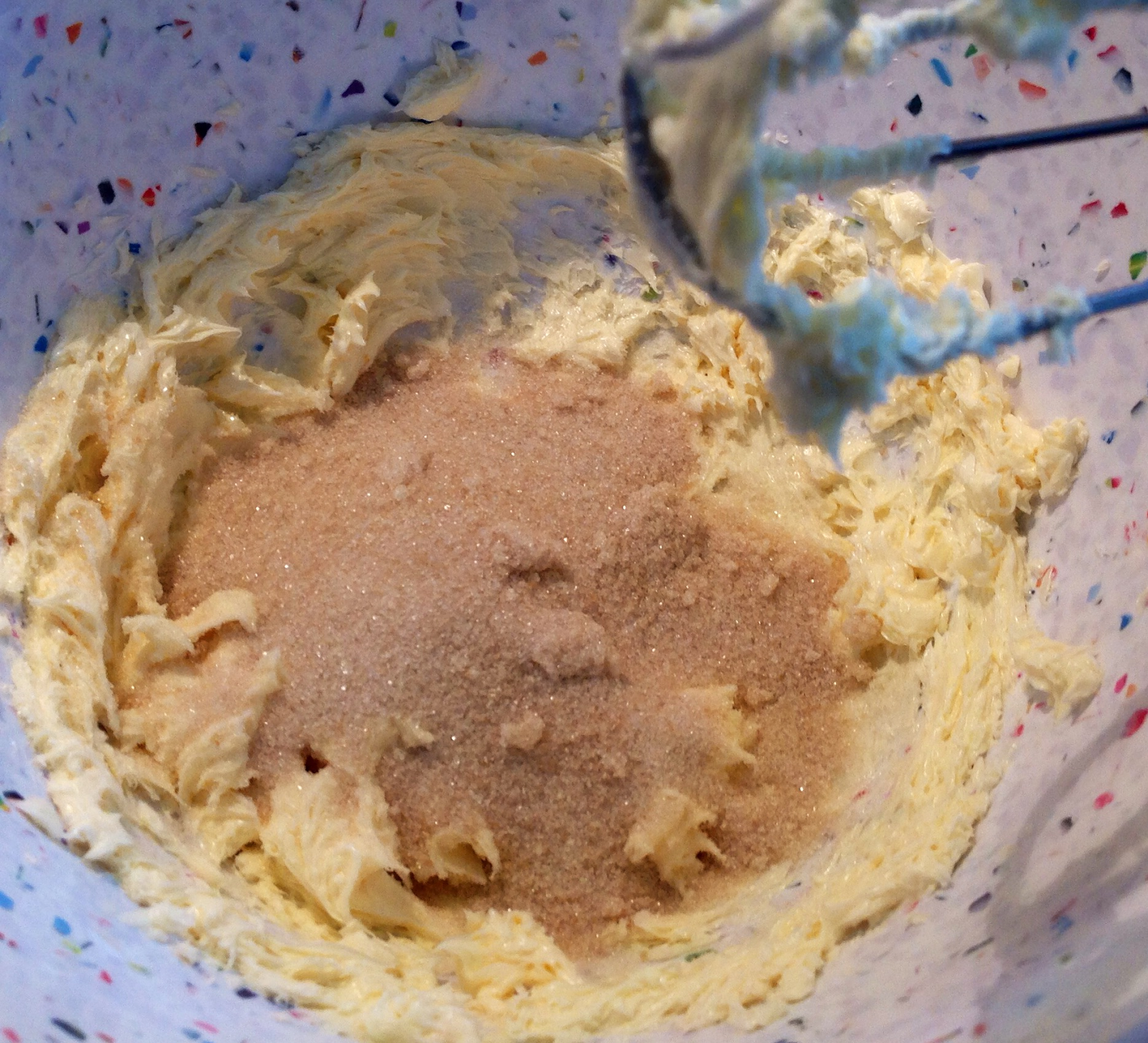 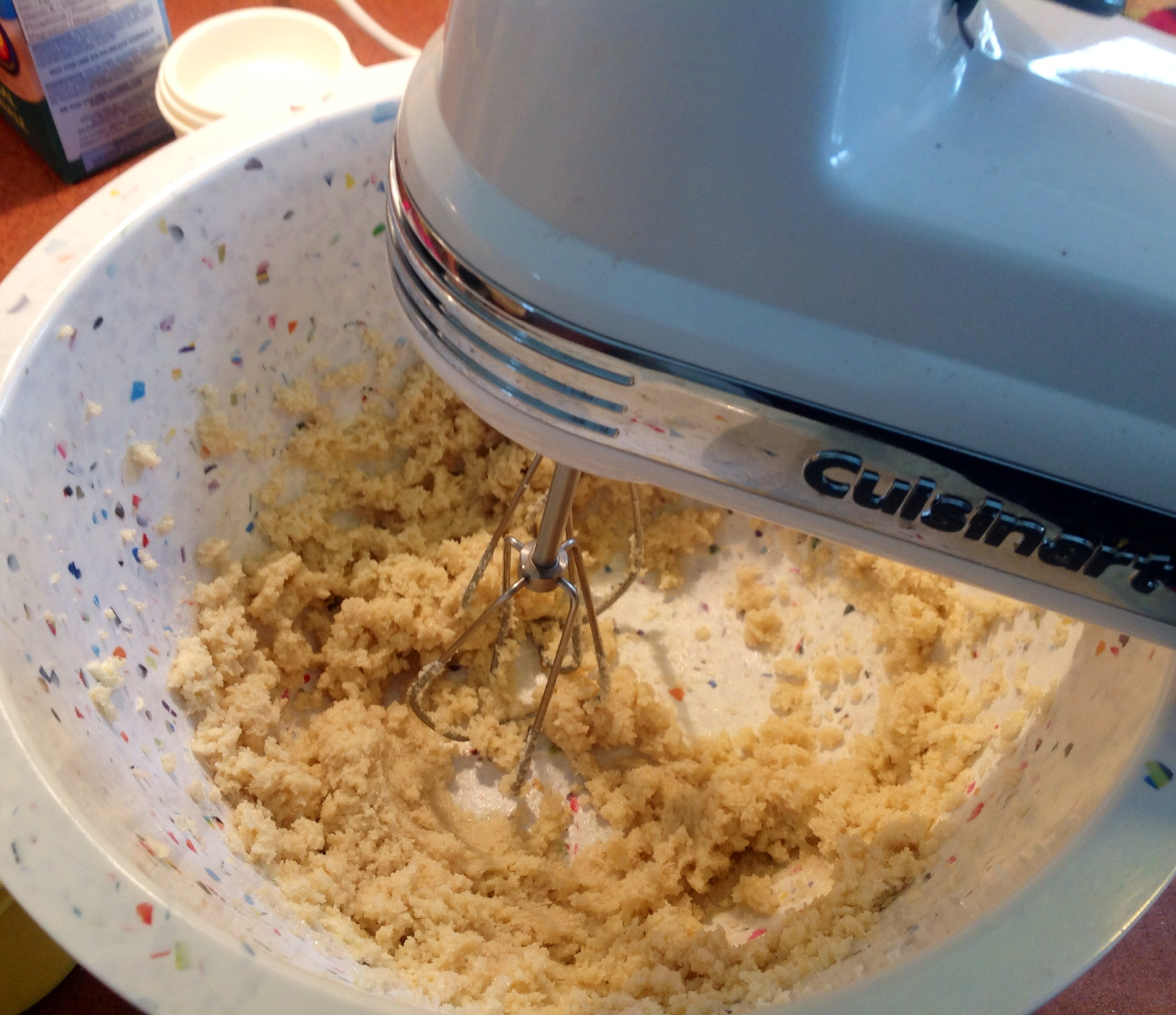 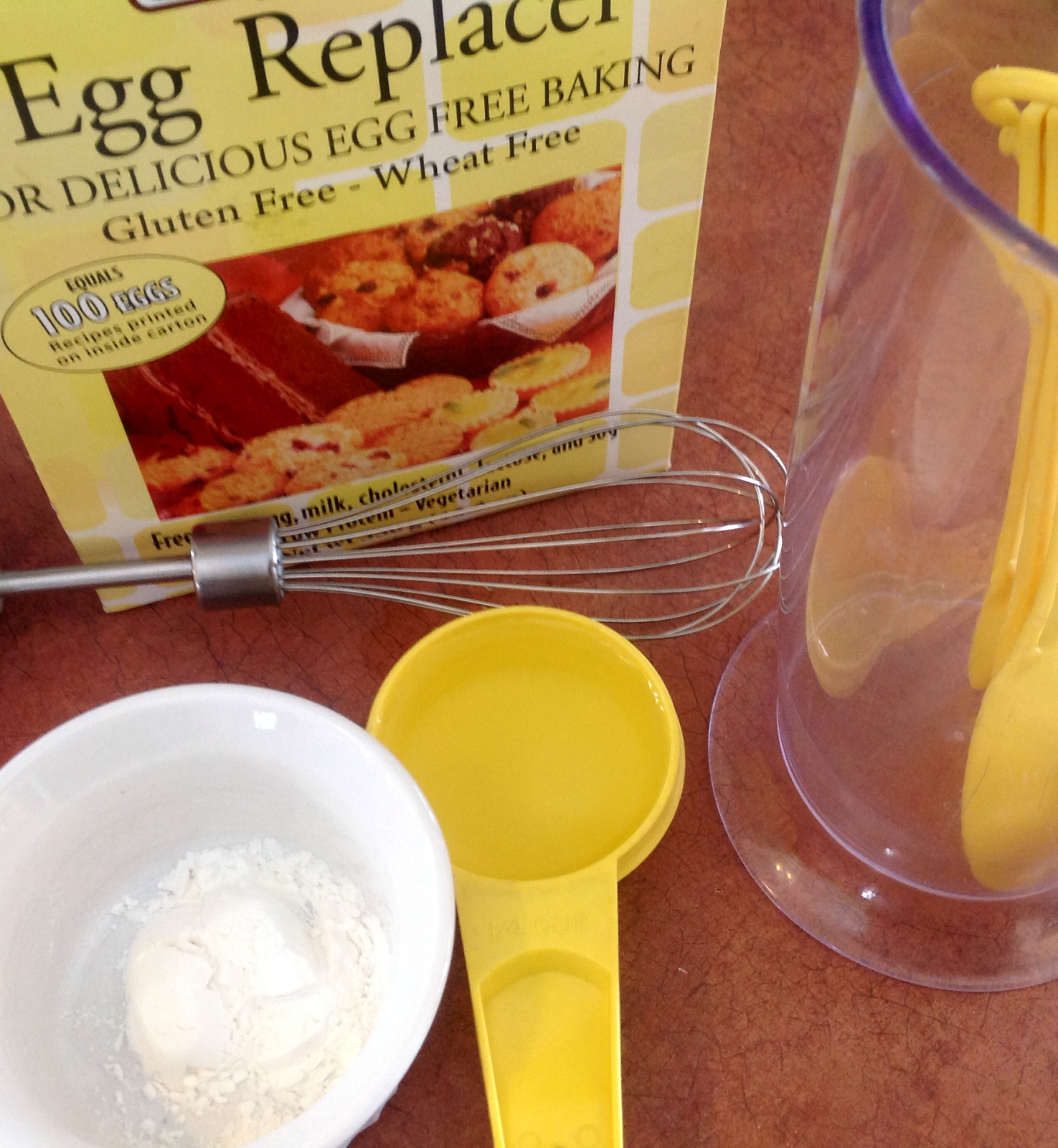 Whip for approximately 3 minutes until egg replacer has thickened and looks a bit like this. 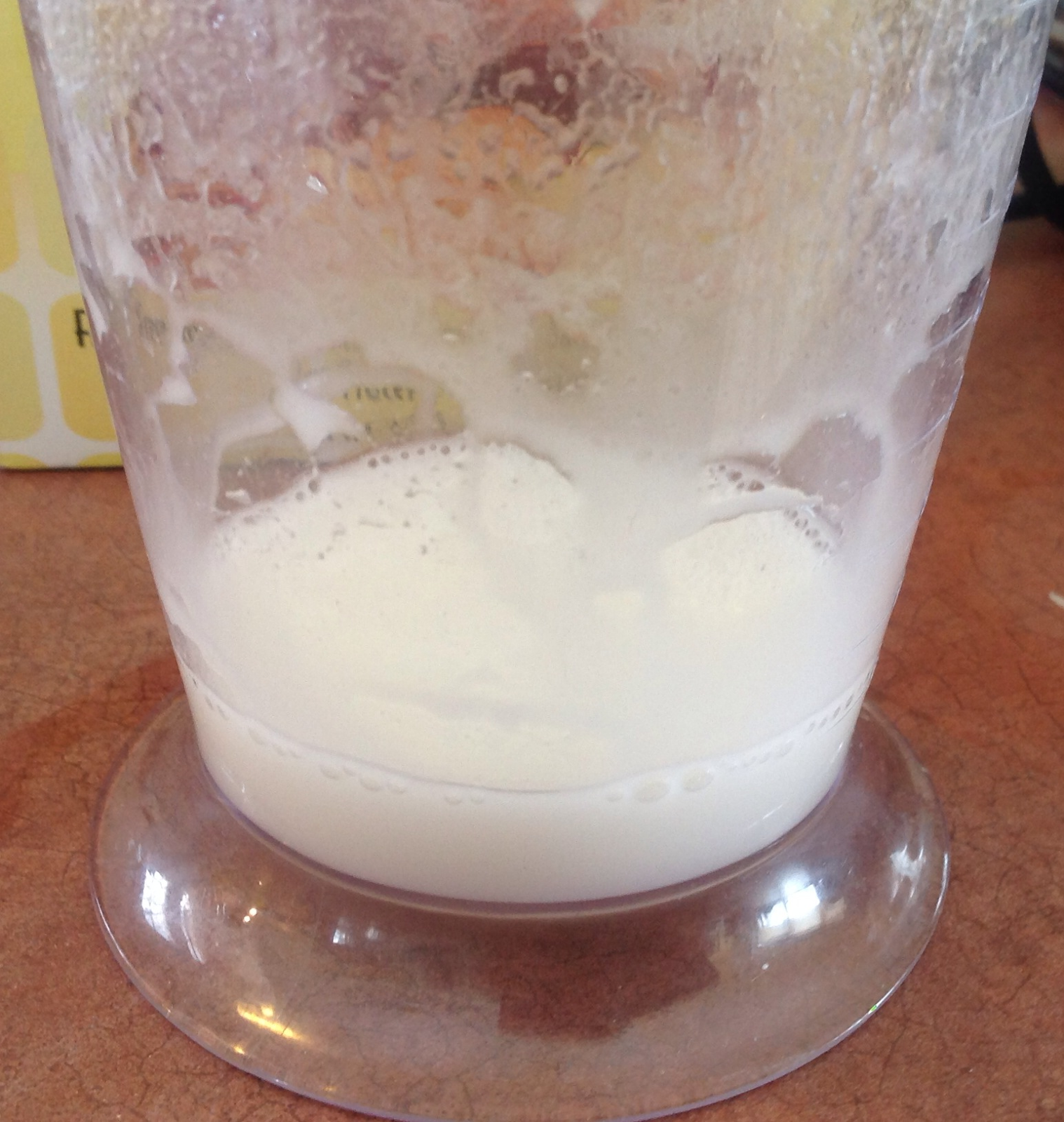 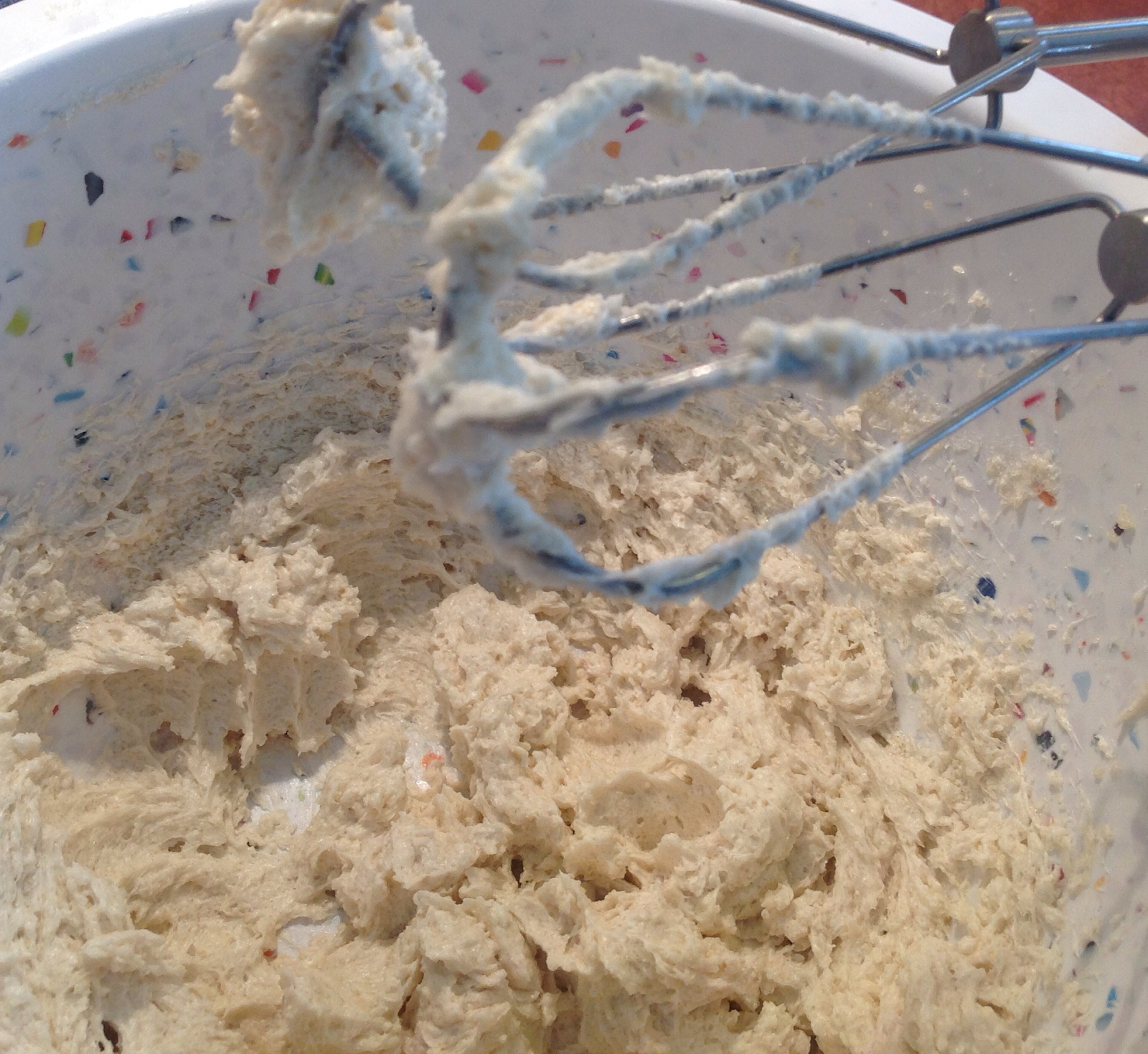 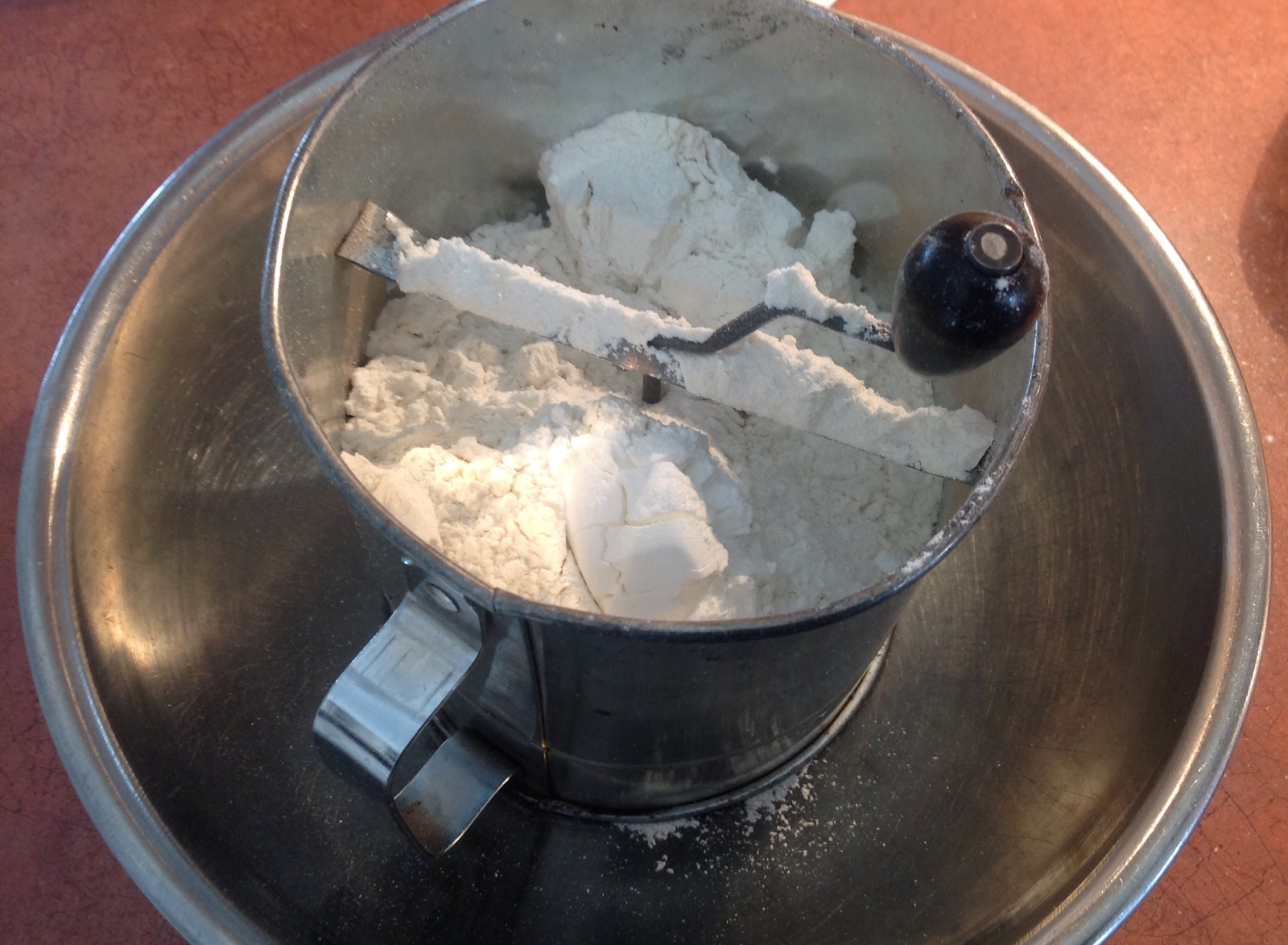 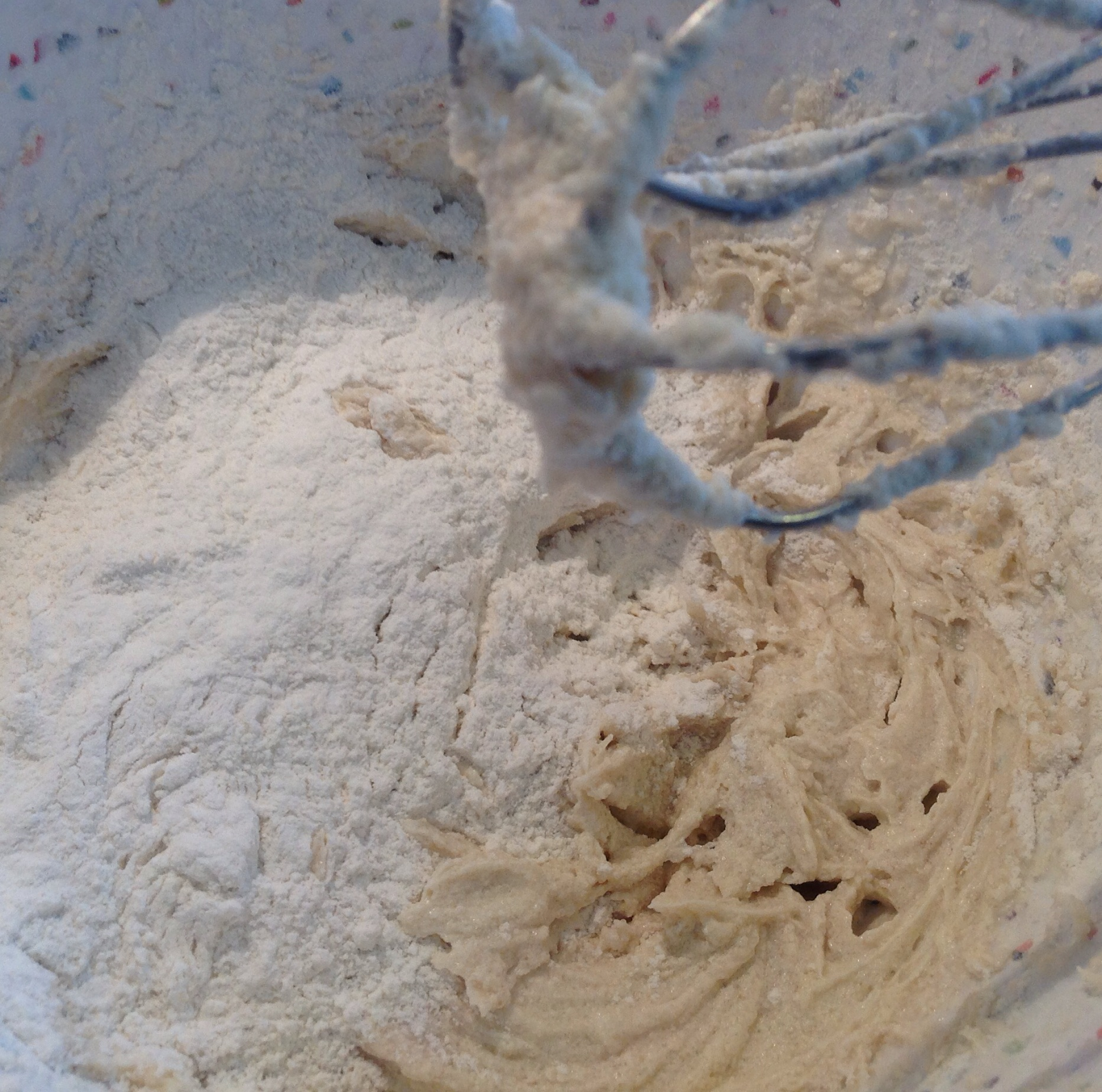 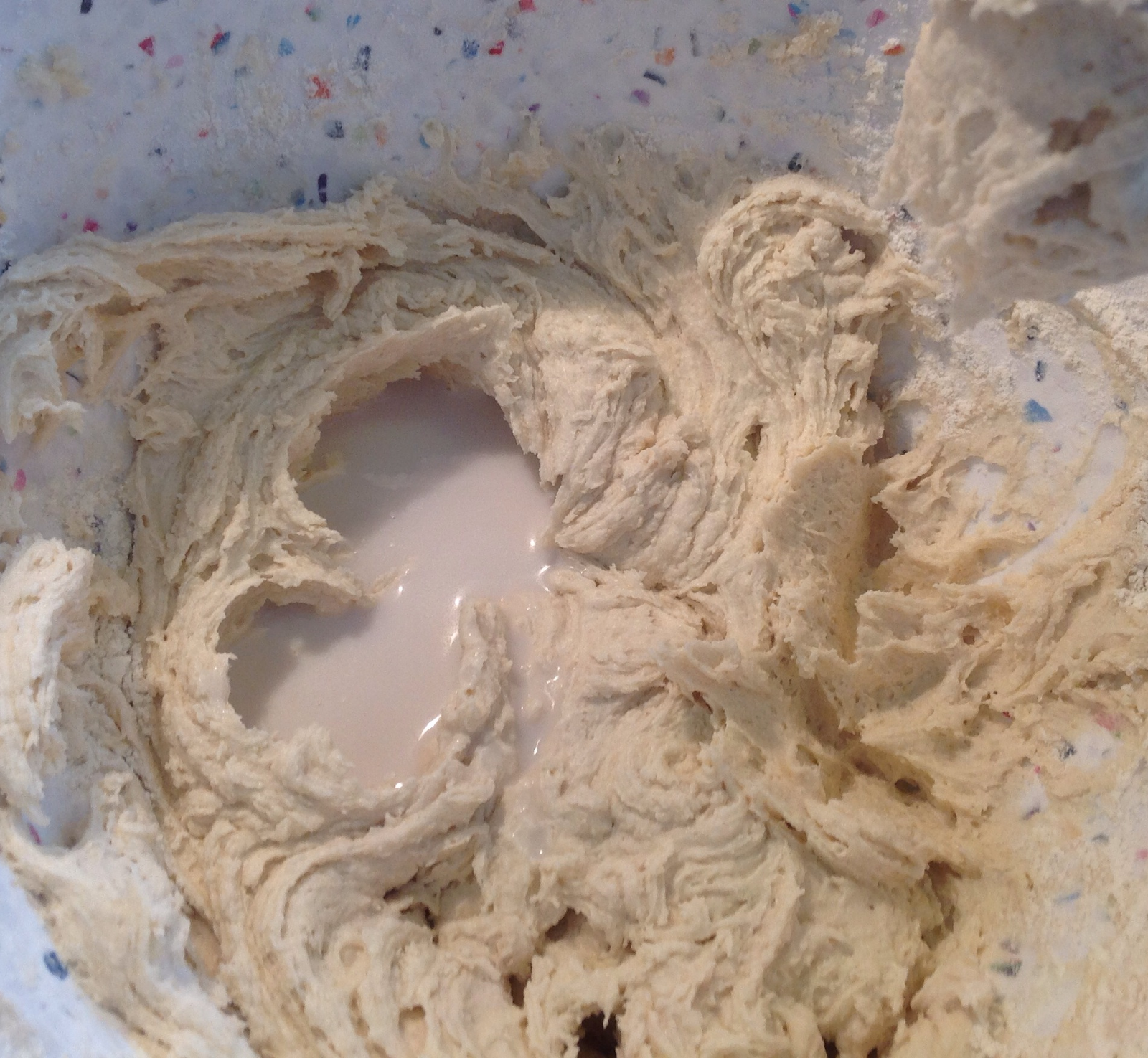 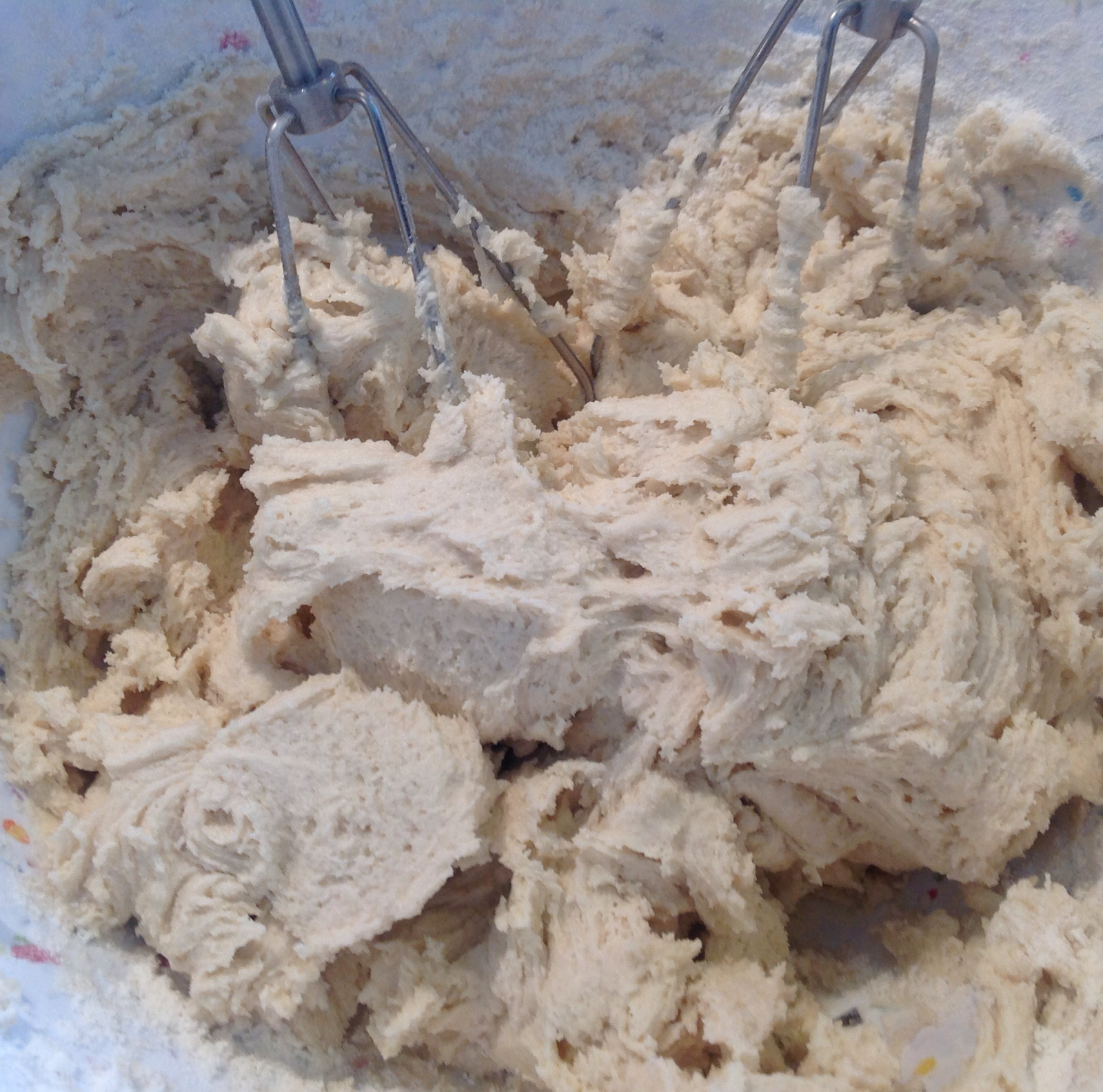 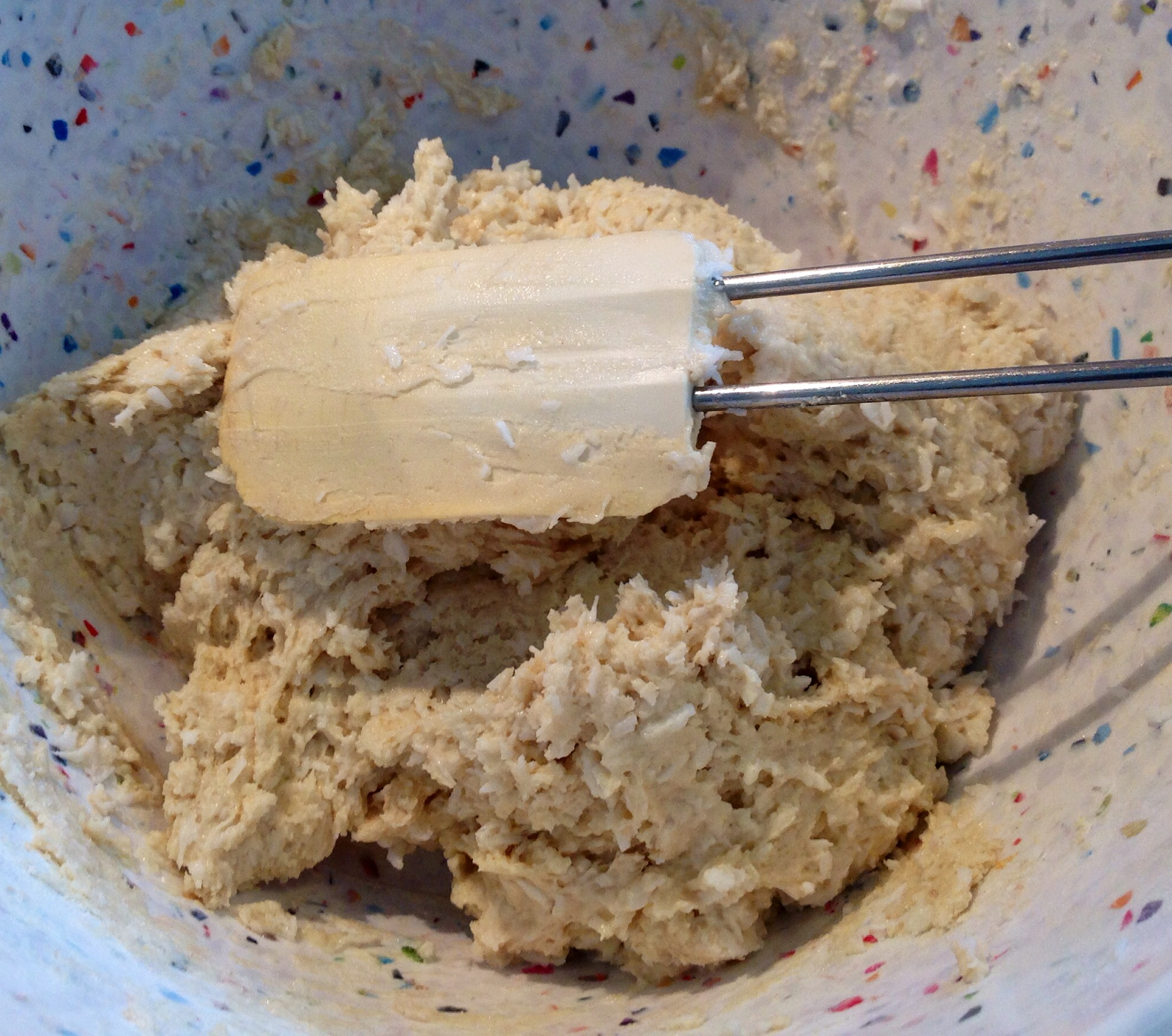 Grease a loaf pan with vegetable shortening and then flour with using approximately two tbsp. flour.
I use my fingers to grease the pan and then holding and rotating pan on its sides with one hand, I tap the outside of the pan with the other hand to distribute the flour. Then I turn the pan upside down to tap on all sides and bottom to remove excess flour.

Turn batter into pan levelling with a small angled spatula. Don’t have one?-use the back of a spoon.

Bake for 55 to 60 minutes until a tester( I use a fork, but it does make a hole in the top of the cake-just sayin’) inserted in the centre of cake comes out clean.
Cool for fifteen minutes on a wire rack and then turn out. 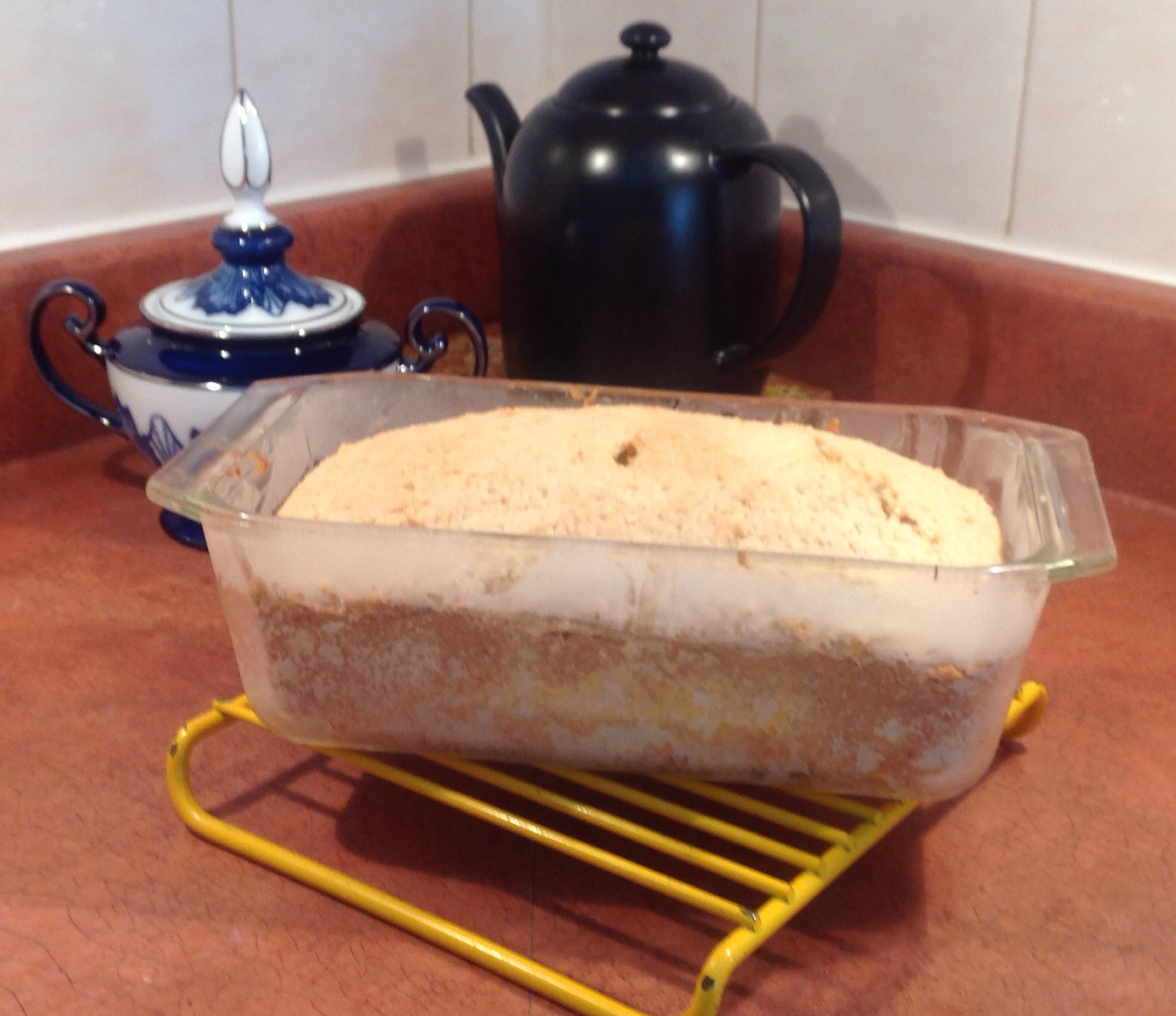 Grammie Annie’s Handy Vegan Tips and Info
Beat Vegan Butter for less time than you would dairy butter.
Sifting dry ingredients such as flour,  and baking powder breaks up any lumps and helps to add air, which is a good thing when vegan baking.
Beaten sugar and vegan butter mixture will not be as fluffy, so don’t overbeat.
Mixture will become more fluffy when adding egg replacer. Don’t be afraid to give it a good go with the mixer.
I used Fair Trade Sugar in the recipe, so it appears darker that white sugar. Feel free to use regular sugar as long as it is vegan.
Don’t have an immersion blender?-No worries use small hand whisk.
Fold in the coconut gently. Otherwise, you will end up with a tough cake.
I used almond milk, but any nut or soy milk can be used.
The finished product is more like a tea bread than a cake, so slice it and enjoy it with butter (vegan, of course) and maybe a little jam, or preserves as Emily might have said, back in the day. 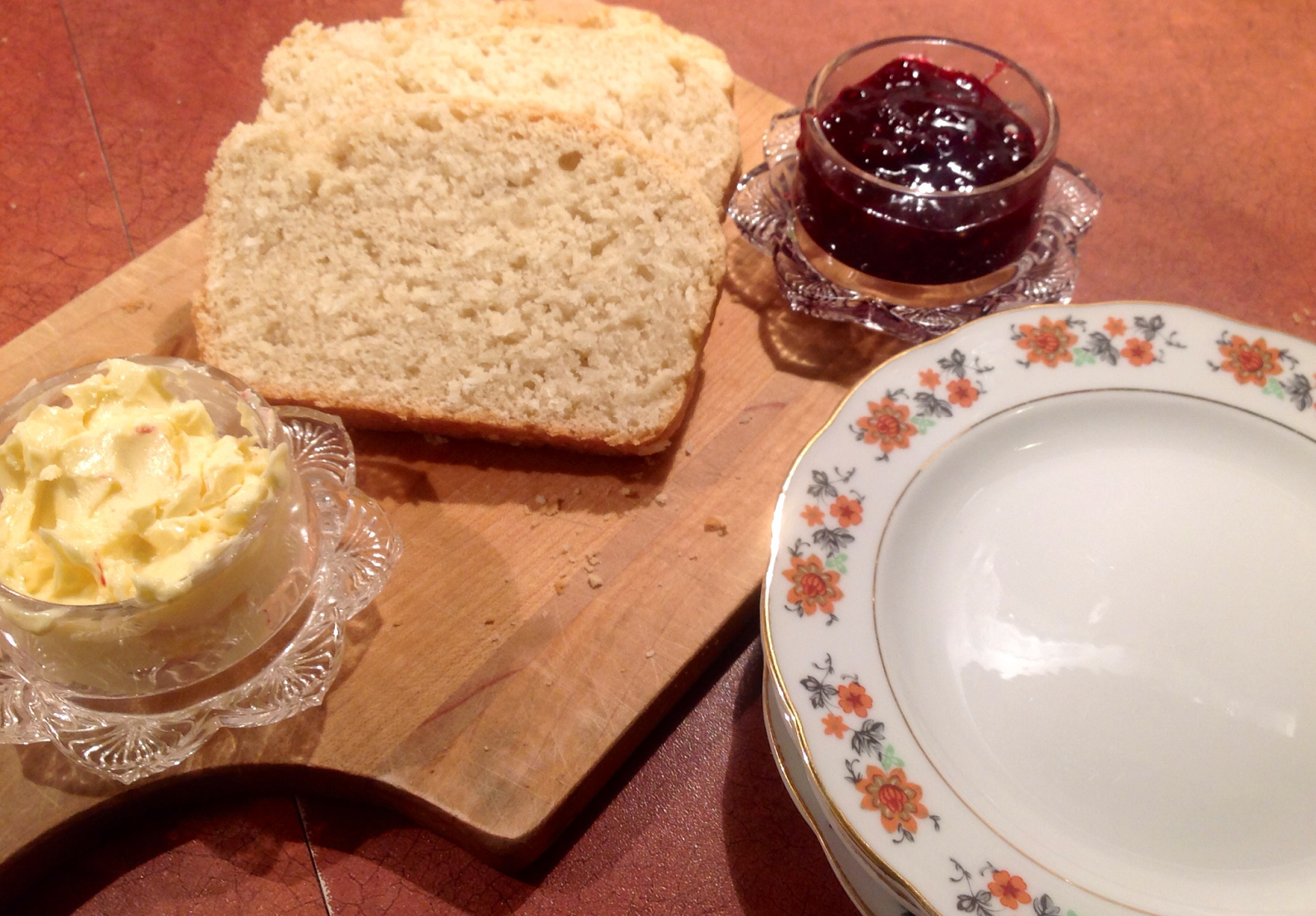 Whatever you do, please do not use the convection setting on your oven. I am happy to have you learn from my mistakes.
Until next time,
May all beings be happy and free.
Anne
EMILY DICKINSON’S VEGANIZED COCOANUT CAKE